Heading up north to Sweden.

I live in Ljubljana (Slovenia), so my travel starts here. From my hometown I’ll drive (by car) to Klagenfurt’s Airport and from there fly with Ryanair to Stockholm Skavsta airport. After (hopefully) successful landing I’ll take the bus from Skavsta airport to Stockholm Central Station. I’ve made a reservation in a hostel only 500m from the main bus/train station in Stockholm. I’ll stay there for 4 days, see the city, photograph as mad, etc. At the 5th day I’ll leave Stockholm with a high speed train to Gothenburg (Göteborg) on the west side of Sweden. The distance between Stockholm & Gothenburg is approximately 400km and the train ride shouldn’t be more then 3 hours long. When I’ll arrive to Gothenberg, I’ll take the tram to the hostel, which is located approximately 3km from the main city train station. I’ll be there for 3 days, then off to the main train station, on the bus to the Gothenburg airport and from there with Ryanair to Klagenfurt.

Trip will take place from 8th of January to 15th of January 2011. I’ll be using low budget airline Ryanair, bus/train and tram transportation and sleep in 2 hostels. The trip itself will be approx. 3000km long.

I’ll take the bus from Skavsta airport to the Centrel Station in Stockholm. Flygbussarna bus company offers online ticket purchase and has a pretty nice timetable of departure. You just order, pay and print the ticket – simple ! I’ve bought a “youth” ticket from Skavsta to Stockholm, valid for 3 months (but only one ride), for 99 SEK (11 EUR). 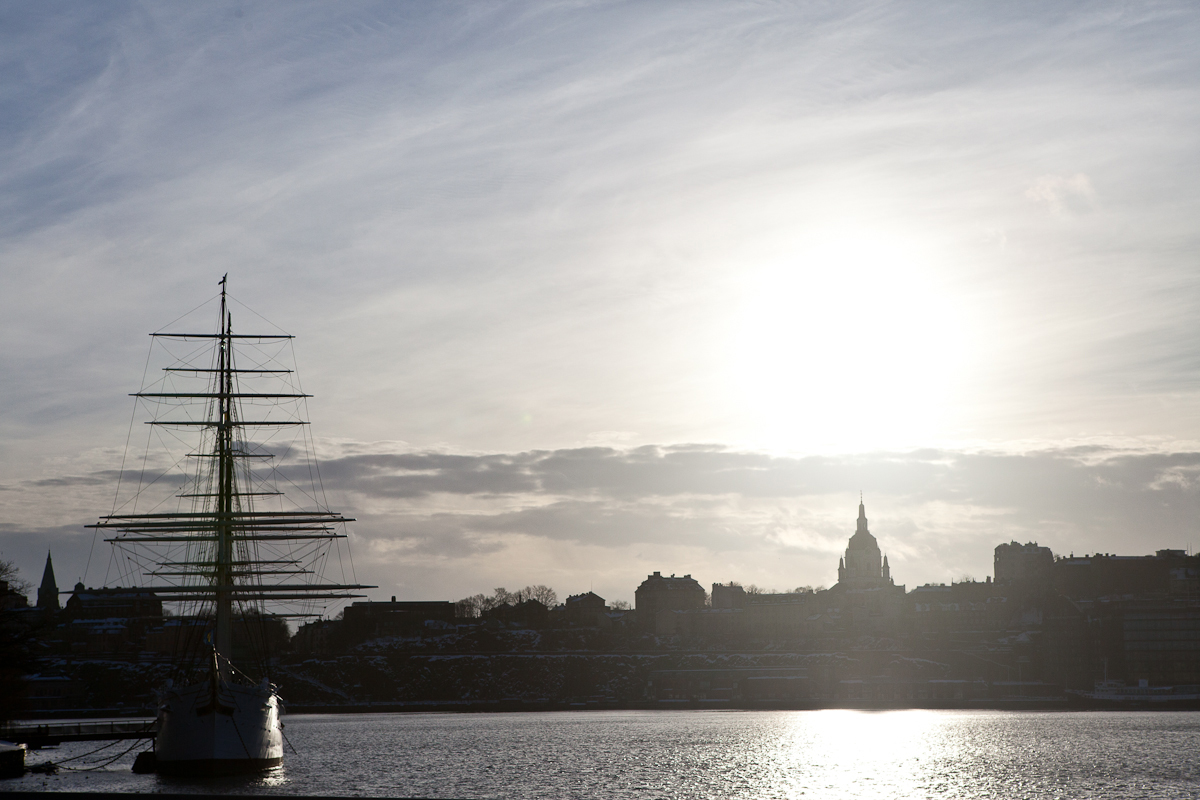 I’ve booked all the hostels at Hostelbookers.com. In Stockholm I’ll stay in City Backpackers Hostel, which has the best review and is also quite cheep. I’ll be sleeping in 8 bed shared room (never slept this way before, we’ll see how it goes). The hostel itself is very good reviewed, it’s close to the city center (only 500m from the Stockholm’s main bus/train station), has high-speed wireless internet, lockers, they organize many city tours, etc. City Backpackers Hostel, 4 days, 102 EUR (deposit 10%, 10 EUR).

The train from Stockholm to Gothenberg

Despite the weather conditions in Sweden and news, that many train routes have been delayed or canceled, I’ve chosen the train transportation between the cities. Don’t know if it’s the cheapest way, but it’s definitely the fastest. I’ve bought a train ticket online, on the official site of Swedish train company (Statens järnvägars, SJ). I’ll be traveling with a X2000 train, at approx. 200km/h. Ticket from Stockholm to Gothenberg, 145 SEK (16EUR).

I’ll buy all the tickers for public transportation within the city along the way. Distances are not that big, so there shouldn’t be a problem.

Bus from Gothenberg centre to the airport

As I’ve earlier written for the route between Skavsta and Stockholm, Flygbussarna offers a bus line between Gothenburg and Gothenburg City Airport as well. I’ve bought an “adult” (youth only from 8 to 17 years old) ticket, valid for 3 months (but only one ride), for 60 SEK (7 EUR).

I’ve used the cheapest options for the transportation, from a low budget plane, to the second class seat on the train, etc. and bought all the tickets 2 weeks in advance. I’ve booked a bed in a dorm room, because I’ll only sleep&eat there and maybe do some geeking on the internet. My mission is to see both cities, experience the “scandinavian” life, make beautiful photos and just enjoy & relax & have a nice time. Temperatures should be quite low, so I’ll take some extra gloves, long sleeve sport underwear and scarfs with me.